Zurich, international top DJs and over 1.1 million party people. The biggest techno festival in the world will take place on August 13 in Zurich - and wallee and Dinaco will provide the infrastructure for Cashless Payments. 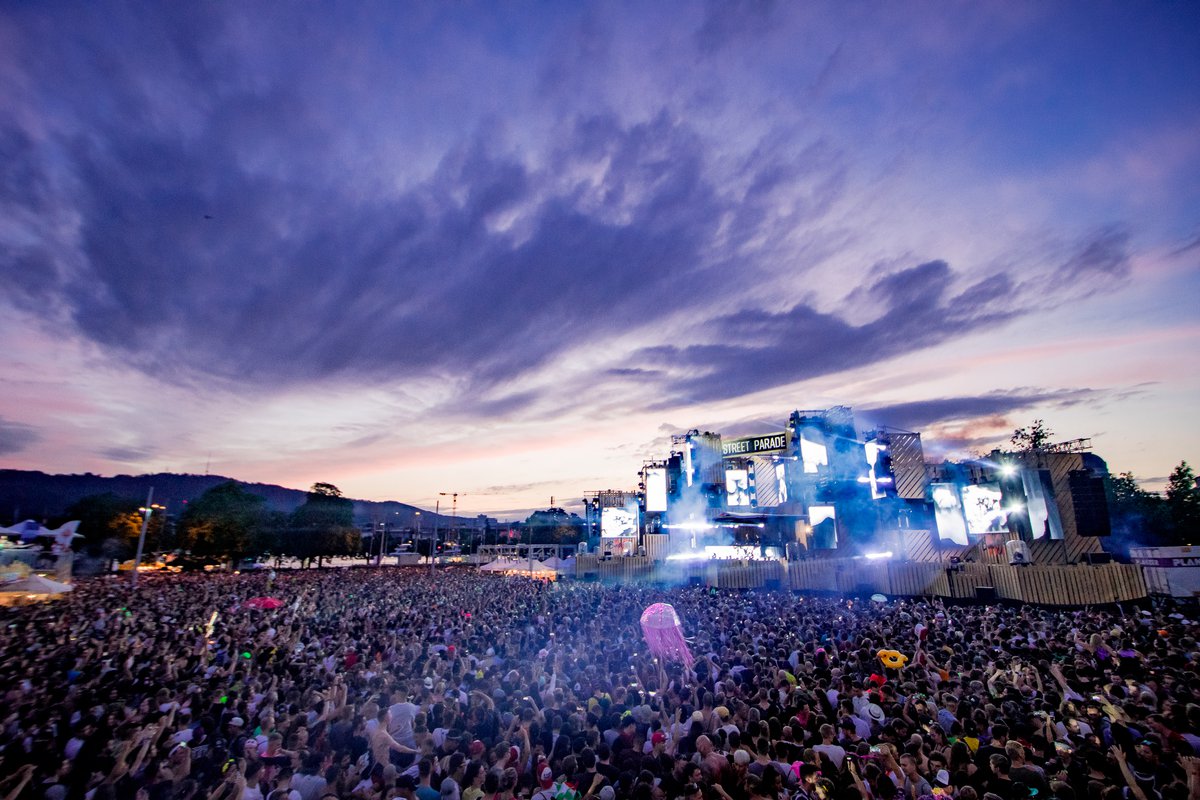 wallee is with Dinaco Payment Provider of the Street Parade - the biggest techno festival in the world.

Zurich, international top DJs and over 1.1 million party people. The Street Parade around the Zurich lake basin is an event of the mega category and inspires house and techno fans from all over the world. wallee is there and provides the infrastructure so that the biggest techno festival in the world also plays in the first league in the area of payments.

A demonstration of love, peace, freedom, generosity and tolerance, the festival in Zurich has become the largest techno festival in the world since its beginnings in 1992. 30 Love Mobiles, colorfully decorated trucks with sound systems and DJs drive at walking pace through the celebrating crowd. Other stages and numerous gastronomic offerings can be found along the entire route. The Street Parade 2022 will take place on August 13, 2022 from 13:00 to midnight.

For the first time, you can pay cashless at the official bars and drinks stands. Thanks to Dinaco and wallee, "easy pay any way" applies throughout the festival area around the Zurich lake basin. We are ready: With over 700 modern terminals, wallee ensures lightning-fast transactions - cashless and contactless, with all major credit and debit cards, PostFinance Card as well as Apple Pay, Google Pay, TWINT and more.

Many advantages for all visitors and organizers

The team from wallee will of course be celebrating at the Street Parade. Let's go party people.

Modern terminals, true omnichannel with intelligent e-commerce connections and further possibilities, such as automated accounting, make wallee's advanced cloud payment solution a technological frontrunner. Are you also interested in using wallee and the benefits of Cashless at your event? Contact our sales team:

Just one place to manage all payments. That's all it takes. In the wallee portal, you can set up payment methods, retrieve all receipts, manage your terminals and e-commerce channels, and much more.

Do you still have questions?

Our sales and support team will be happy to advise you. You can reach us from Monday to Friday from 8 am - 6 pm and Saturday from 10 am - 6 pm.

We use cookies to enable you to make the best possible use of our website. More We take your preferences into account here and only process data for marketing, analytics and personalisation if you give us your consent by clicking "Agree" or specify a specific selection via the "Preferences" button. By clicking on "Decline", only the cookies necessary for the functioning of the website will be used. Hide
Use preferences to set a specific selection and read our privacy policy for more information.
DeclineAgree